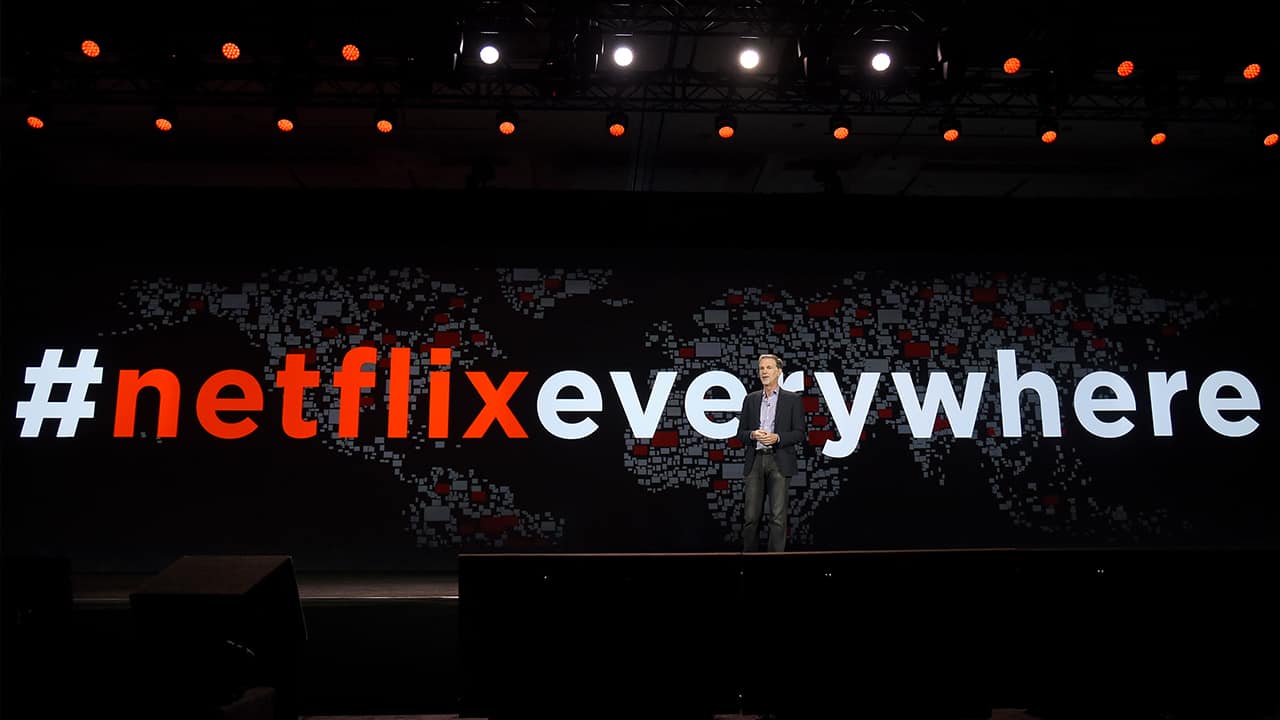 Netflix’s Q2 2017 announced mentioned that the company added 5.2 million subscribers. The streaming service now has 104 million subscribers in 190 countries. Investment Bank Piper Jaffray predicts that the platform will increase its international subscriber base to 100 million in three years. Netflix’s Content Strategy has been driving force behind companies is global growth.

Netflix launched its service globally last year. To provide a seamless experience for its viewers, Netflix moved its physical infrastructure out from its purview, and almost completely into the realm of Amazon Web Services. Netflix continues to use its Global Content Delivery Network – Open Connect where it stores the video content that is streamed to users in data centers around the world.

Netflix’s Content Strategy has enabled the brand to grow its audience across the world. Although Netflix doesn’t call itself a media company there is a lot one can learn from the brands content strategy. Major networks in the United States are now creating their own streaming service to compete with Netflix. Disney & ESPN have already stated that they will launch their own service before the end of this year.

Netflix also acquired indie comics publisher Millarworld last week. Millarworld has been the minds behind films like Kingsmen and Kick-Ass. Netflix’s strategy to invest in original content has enabled it to win new subscribers. The platform will release 40 movies by the end of this year more than double the number of movies it made last year. 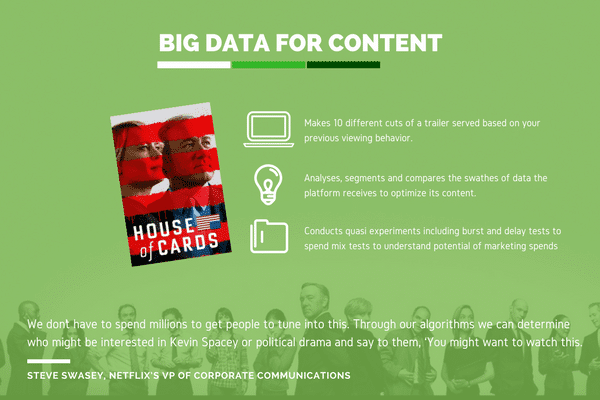 For the first season of ‘House of Cards’ the platform created ten different cuts of the trailer. It’s a departure from the brand usual strategy of creating one or two trailers to promote a series. Trailers are a targeted to viewers based on their previous viewing behavior.

Netflix conducts quasi-experiments at regular intervals including burst and delay tests to spend-mix tests to understand the potential of marketing spends deployed. Netflix is trying to redefine the long established Hollywood model that depends on a system of showcasing a movie in theaters followed months later by the release of a DVD or a download. Netflix used ant-windowing strategy for the release of its film ‘Beasts of no nation.’ The movie was released simultaneously in theatres and on its platform.

‘Beasts of the no nation’ collected several awards but only managed to collect $100,000 from theatres. The brand however released data on viewership of the movie 15 days after the release. The movie had over 3 million views on the platform within first 15 days of release.

The model might not be a hit with theatres and major film studios as it inverts the traditional model. Netflix, however, helped the producers of ‘Beasts of no nation’ to make profits with viewership coming from countries like Japan which otherwise has to wait for specialty films due to the delay in release dates. 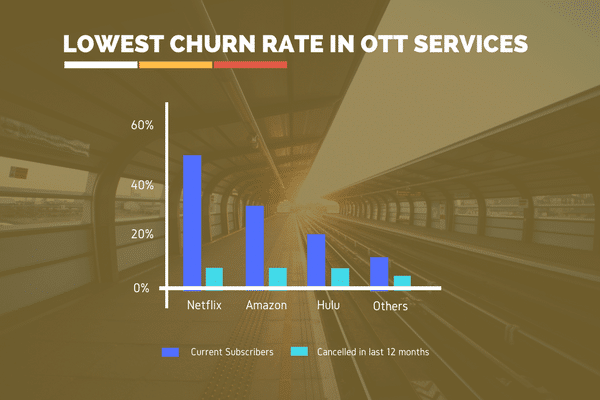 Netflix has kept a tap on viewing habits used multiple channels to keep the users engaged. Netflix uses data to optimize everything from image to font size to improve the user experience. The brand continues to test, innovate and refine its algorithm to prevent churn. 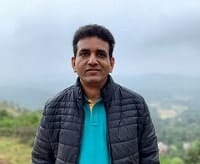 Sooraj Divakaran is Digital Marketing & Content Strategist. He is the Founder of Digital Uncovered. He has 10+ years of marketing experience with leading brands like Logitech, TCS, Infosys, and Lenovo. You can find him on Twitter (@zipview) and LinkedIn.